Showing posts from January, 2007
Show all

January 29, 2007
After a long hard battle, my dad finally passed yesterday morning. We had spent a large part of the previous night at his bedside, went home to get a few hours of sleep and returned just moments before he let go. It was very emotional for Mom and me and for the nurses and aids who have cared so lovingly for him these last fifteen months. I expected to feel a bigger sense of relief. Instead, I find I’m mourning all the little things that have slowly slipped away over the past two or three years. Thanks to that evil monster, Alzheimer’s disease, it’s been that long since my Dad was truly My Dad. At least two or three years. Maybe longer. I’ve been storing up the grief over lost moments for a long time and now they’re pouring out. Do I even bother wearing make up to the funeral home tomorrow? And then there’s the Sammie adventure. I called on Friday to get the results from her biopsy only to learn that the specimen had been lost. The lab said it never arrived. They had the Post Office
2 comments
Read more

January 25, 2007
Dad is still hanging on. I haven’t received the results on Samantha’s biopsy yet. I’m in limbo. That about sums up my week. Oh. And it finally looks like winter in southwestern Pennsylvania in January. LAST week, I set a goal for THIS week of ten new pages on my manuscript. Did I meet this goal? HA! That would be no. Maybe NEXT week.
2 comments
Read more 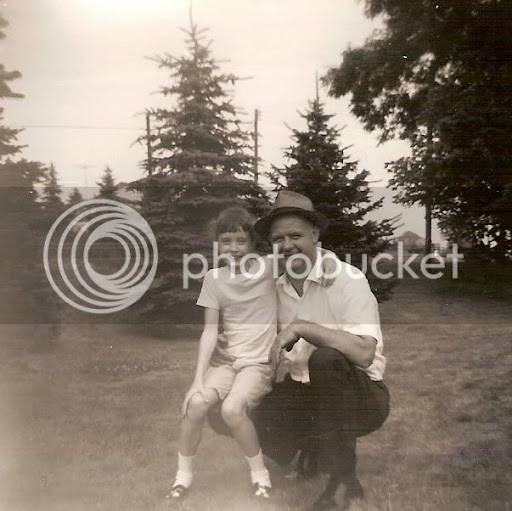 Before 1993, my dad was immortal. A superhero. When my car broke down, I didn’t call my husband or the auto club. I called Dad. That spring morning when my mare tried to give birth to her first foal while standing up, it was my dad who helped me get her down and who assisted her while I sat on her head. Less than a month later, he was lying in a hospital emergency room on the verge of a massive heart attack. Thanks to modern medicine, the heart attack was diverted, but from that point on, life as I knew it was forever changed. A series of illnesses and surgeries followed. About three years ago, he started flunking the Alzheimer’s tests given to him at the VA hospital’s neurology clinic. About two years ago, an MRI revealed a brain that looked like Swiss cheese. His weakness and tremors were determined to be the result of small, previously undetected strokes. And a little more than a year ago, my mother and I made the hardest decision of our lives. We admitted Dad into a skilled nurs
5 comments
Read more

January 19, 2007
I’ve been getting lots of compliments on my haircut lately. It’s short . Really short. I’m not sure what it means, but when I dream, my hair is always long. I USED to wear my hair long. The difference between my dreams and reality is that in my dreams, my long hair is gorgeous. There is none of the shampooing and conditioning and fighting with it. In reality, after all that it still looks stringy. So the busier I get, the shorter my hair gets. At this rate I will soon be bald. Think Sinead O’Connor. I’ve been doing a lot of de-cluttering and simplifying in my life. It began with making room to move my workspace into the room that is now my office. (I love my office, by the way. I wasn’t sure I would, but I do.) But the de-clutter campaign has moved into other areas of the house. If you’re trying to get organized and feel out of control, check out the Fly Lady . She’s been directing me to toss the junk under my kitchen sink, to clean out the freezer, to dump the old cosmetics and to
2 comments
Read more 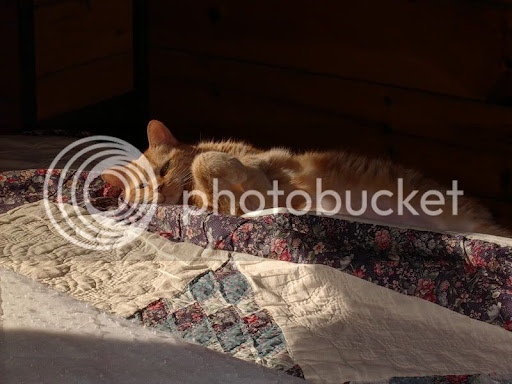 It’s too quiet around here this morning. Some of you may recall from back in November that my kitty Samantha had a cancerous tumor removed from under her tongue. I was devastated. Follow-up exams looked good, however. My vet and the lab both thought he’d gotten it all. A couple weeks ago, though, another follow-up exam had my vet a little nervous. There’s something there. The question is what? It might simply be granulation tissue from the previous surgery or it could be the return of the monster under her tongue. So this morning, I took Princess Sammie back to the vet for another biopsy. I’ll pick her up this afternoon and begin the waiting process all over again until we get the results in a week. The house is too quiet. I made the bed after I got home without any “help” from Sammie. Her idea of helping is to sprawl in the middle of the unmade bed and protest loudly when prompted to move. I have my office chair to myself. Usually I have to perch on the edge while she snuggles in
3 comments
Read more

January 11, 2007
Tuesday, I had lunch with a small group of writer friends. Discussion turned to the topic of goals and we all sat with pen and pad and wrote them down. Putting goals in writing helps imprint them in our brains better than just speaking them. I had jotted down “Finish my novel” and “Create a plan of action with my agent,” but as I sat there staring at my brief list, I started really taking stock of my progress over the last couple of years. In 2006, my goals had been to finish the novel I was working on at the time and begin querying agents. And I had wanted to get things moving with my fiction writing. Looking back, I did finish the novel and I signed with an agent and I had the two short stories published. BUT I didn’t make one penny on my writing last year. During my lunchtime epiphany, I came to the realization that, yes, I want to focus on the long fiction and my ultimate goal is in that area. But in the meantime, I need to create some cash flow. Or at least put that on my list
1 comment
Read more

Things That Go Bump in the Night

January 08, 2007
For about the last month, I’ve had a sneaking suspicion that I’m not alone in my house. Besides my cat, I mean. I sit here in my new office at night when hubby is working evening shift and I hear things. Rustling noises. Movement overhead. Our attic is just a crawl space with no real access or purpose other than to house bats in the summer. But this sound was no bat. I’d have thought I was hallucinating except that I heard it once with my cat in my lap and we both looked up. Okay, Samantha hears it, too. I’m not insane. Speaking of Samantha, I remember one morning she refused to come when I called her (very unusual at breakfast time. She may turn her nose up at what I offer her, but she ALWAYS comes to see what it is first). Instead she sat in my office—pre-office junk room that it was at the time—and stared at a pile of junk-room junk. I couldn’t see anything and this was soon after her cancer surgery, so I suspected her meds were making her loopy. But she did it again the other mo
3 comments
Read more

January 04, 2007
I just spent two day writing twenty pages that no one but me will ever read. And I can’t remember the last time I’ve had so much fun. Although I’ve decided to finish book two of the Jessie Cameron series even if book one hasn’t sold, I’ve been hung up on one character. Critique partners tell me his dialogue doesn’t sound authentic. The character feels two-dimensional and cardboard even to me. I mentioned this problem with this particular character a while back (Imaginary Friends, November 10, 2006). I even contemplated writing him out of the story. But then he whispered in my ear and told me why I had to keep him. Turns out this secondary character is carrying around a huge secret that ties him directly to one of the main characters. Ah ha! Now he has to stay. But I still couldn’t get a handle on who he was or how he spoke or thought. I knew his motivation, but that was about it. I started making out a character chart for him. Unfortunately, he wasn’t willing to answer my questions.
1 comment
Read more

January 01, 2007
Welcome to a new year. Considering that I’m still being plagued by the same wicked old cold bug that I had yesterday and all last week, 2007 doesn’t feel much different than 2006. I don’t know about the rest of you, but I get rather melancholy at this time of year. Yesterday, I tuned into CBS Sunday Morning, which has long been one of my favorite TV shows, and watched as they paid tribute to those who passed on in 2006. As usual, I got weepy watching that segment. I had a few personal losses to add to the list this year. Those names didn’t make national coverage. But the family reunion will be a little smaller and a little less bright in 2007. I take my kitty, Samantha, to the vet tomorrow for another check to see if the cancer has come back. If he gives us a good report, then I’ll be ready to shout Happy New Year from the roof tops. Until then, I remain subdued. But I am thinking of the year ahead and goals that I want to attain. Personally, I want to spend more time with my husban
1 comment
Read more
More posts