Showing posts from August, 2017
Show all

Deadlines, Book Jail, and Catching Up

The entire month of August got away from me! First, there was Writers Police Academy. Then I had an August 29 deadline for revisions to Uneasy Prey . So I have excuses. I turned in my manuscript on time and now I'm catching up. I should have a blog post ready by the weekend about my experiences at WPA, complete with photos. So check back!
Post a Comment
Read more 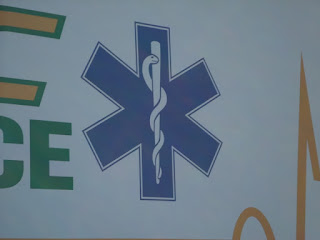 Three years ago, I attended my first and only (so far) Writers Police Academy. At the time, the conference was held in North Carolina. Four of us from my Pittsburgh Chapter of Sisters in Crime piled into my Subaru Forester for one of the wildest road trips I've ever taken! What happens in the Subaru STAYS in the Subaru. Just ask Martha Reed, Susan Thibadeau, and Mary Sutton. You won't get a real answer, but I bet you'll get a big reminiscent smile. Writers Police Academy is a crime fiction writer's Mecca...a weekend of high intensity workshops and hands-on training sessions led by experts in law enforcement, EMS, and fire, among other emergency responders. The weekend is like meth to this research addict. I learned a LOT, much of which went into my books. Next week, I'm going back. WPA is now held in Wisconsin, so there will be no road trip. I'll be flying solo to Green Bay where I look forward to participating in the Shoot-Don't
Post a Comment
Read more
More posts