Showing posts from August, 2008
Show all

August 27, 2008
By the time you read this, we should be on the road for Presque Isle. Skye has done great with her "training" and now comes the true test. It's also my day at Working Stiffs and I've posted about our day at the Over the Falls Festival at Ohiopyle, complete with pictures. Check it out.
Post a Comment
Read more

August 25, 2008
The almost daily visits to the camper have become ho-hum. Skye doesn’t duck under the bed anymore when she hears the jingle of the bell on her harness. Once we’re inside the camper, she settles into the couch to watch me. Yesterday, I slammed cupboard doors as I rearranged the kitchen a bit. Skye didn’t care. She still isn’t exactly “relaxed” in her new home-away-from-home. But she isn’t completely freaked out by it either. We have a couple more days to “practice” camping before the real thing. My biggest fear, of course, is that she’ll escape from the camper somehow. We have made alterations to the screen door so it can be latched from both inside and out and it now has a spring on it to snap it shut behind us. And Skye doesn’t seem all that interested in trying to get out. But I’m a born worrier and this is the worry du jour . At least she’ll be with us. When I leave her at home, I have a whole list of unknowns that I worry about.
1 comment
Read more

The task of “training” Skye to camp continues. It begins with trying to figure out how the darned harness goes on. While I’m doing that, its bell jingles, alerting Skye to the impending training session. At that point, she bolts. Next, I drag her from under the bed and restrain her while putting the harness on and getting the stubborn closure to snap in place. Then, I scoop her up and take her out to the camper. Day Two, she continued the crouch-and-stretch-the-neck routine. I took some writing with me to edit, so I sat and worked while she did as much exploring as she could without moving very far. For the record, she CAN walk in that harness. She can even run. I’ve seen it. But you’d think her legs were broke when she’s wearing it in the camper. Eventually, I picked her up and plopped her onto the couch beside me. There, she lay down and appeared to relax. Day Three was an abbreviated session. It began with the same harness-and-hiding game. But this time, she just sat on the c
3 comments
Read more

August 20, 2008
I'm over at Working Stiff today. I invented a little game and invite everyone to come over and play.
Post a Comment
Read more

August 19, 2008
Our annual pilgrimage to Presque Isle (Erie, PA) looms ahead of us. As in next week. Where has summer gone? And how did the last week in August manage to sneak up on me without me seeing it coming? Panic is setting in. The camper is not ready. I am not ready. We bought a new refrigerator for the camper since our old one died a drastic and smelly death the last time we were camping…which was last year’s pre-Labor Day pilgrimage to Presque Isle. This isn’t a camper refrigerator. It’s just an apartment-sized one from Wal-Mart. Shorter than the original one, it didn’t fill up the space provided, so Hubby had to do some tinkering. It looks good. We now have a shelf above the refrigerator instead of a gaping hole. There are other odd jobs still to be done. The water tank still holds last winter’s antifreeze and must be flushed. The camper is filthy. I need to dust and vacuum and sweep and mop and clean the bathroom and kitchen. Just like home. And there’s one more little issue. Skye.
Post a Comment
Read more

August 15, 2008
I need a nap. Desperately. The Olympics have driven me into a state of sleep deprivation. I’ve been staying up hours beyond my designated bedtime to watch swimming and gymnastics and volleyball. Will Michael Phelps break Mark Spitz’s record? The suspense is killing me! I crashed shortly after midnight last night and missed seeing Nastia Liukin and Shawn Johnson take gold and silver. Of course, they managed to go ahead and win without me. But I’d have loved to have seen it. I’d also have loved to see Bela Karolyi react from the booth. The man loves the sport. I try to sleep in after these late nights, but we are currently surrounded by construction. PennDOT is working on the road in front of our house and the neighbors are getting a new roof. Both work crews get to work VERY early. I heard the beep beep beep of a truck backing up before six this morning. I began plotting a murder mystery in which a weary, normally peaceful woman bludgeons a construction worker for beginning his work
1 comment
Read more 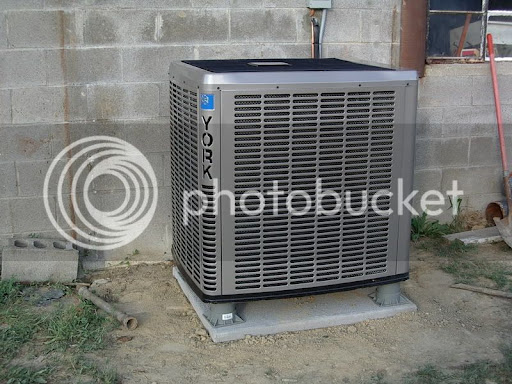 We have a heat pump! Of course, it’s been so cool outside that we haven’t needed the whole house air conditioning. But we have it. Bring on the heatwave! And since it’s Wednesday, I’m over at Working Stiffs with lots of pictures from Sunday’s horse show and some old pictures from way back when, too. Was I ever that young???
Post a Comment
Read more 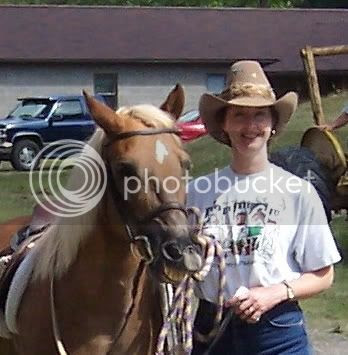 We’re experiencing a taste of autumn in southwestern Pennsylvania. Cool days, cooler nights. And the rain has limited itself to nighttime only. In a word, it’s been GORGEOUS. Saturday, my friend, Sara, and I managed to escape for a couple hours on horseback. We were a little limited by time constraints, but we squeezed out a couple of relaxing hours nonetheless. Admiral provided a touch of excitement as per usual. The cool breeze induced into thinking a bit of bucking might be in order. I convinced him otherwise and the rest of the ride was uneventful and pleasant. Sunday, I spent the day at a horse show just over the state line in West Virginia at a place called Camp Aura. It was a fun show with classes for peewees, bigger kids, and adults. I played auntie and groom for my friend Jessi and her kids. Mostly, that consisted of holding Nappy when Jessi needed both hands for something else. I plan on writing more about the show and the fun we had on Working Stiffs this Wednesday, so y
Post a Comment
Read more

The Call (No, not THAT one)

August 07, 2008
At last! The call came. No, not the call from my agent telling me there has been an offer made on my book. (Rats). This call came from the heating and air conditioning people letting me know that our backordered heat pump is ready to be installed. Not as exciting as a call from my agent, but pretty huge news nonetheless. So the installation begins tomorrow and concludes on Monday. I had to do a bit of rescheduling to permit me to be here for the process. But the calendar has been cleared and I’m ready. Of course, the weather forecast is for autumn-like temperatures for the near future. Today I’m sweltering. It’s not especially hot. Just humid. To run the window AC units or not to run the window AC units? That is the question. With money tight, I’m trying to suffer through it. But the next hot flash could quickly alter my resolve. I try not to think about how lovely a touch of whole-house air conditioning would be on a day like today. I try. But it’s not working. I’m almost hoping f
Post a Comment
Read more

August 06, 2008
I’m back on my regular Wednesday schedule at Working Stiffs . Today, I’ve launched into a rant over cell phones, gas pumps, and wrong numbers. Feel like venting? Come on over and share your favorite cell phone tale of woe.
Post a Comment
Read more 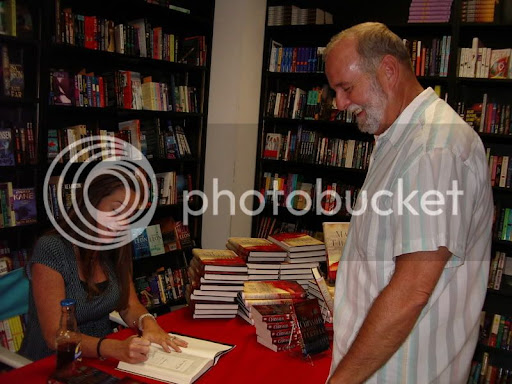 Both hubby and I are back to work today. It took me all morning, but I got caught up on some Pennwriters stuff: submissions for the newsletter and monthly local area news announcements. Tonight, I’m giving a presentation to our local Sisters in Crime chapter. Am I prepared for it? Heck no. I’ll be cramming all afternoon. I had a busy, but pleasant, weekend. Friday night, I attended fellow Sister in Crime Heather Terrell’s launch party for The Map Thief . It sounds intriguing. So much so that it has been bounced to the top of my to-be-read list. That’s my friend, Mike Crawmer, getting Heather to sign his copy. Saturday, we headed to Ohiopyle for a day of bike riding. We also drove over to Confluence to select and reserve our campsite for next year. I see this as my future hideaway for making deadlines. No cell phone service. No Internet service. But there is electricity for the laptop. By the way, you can’t tell from this picture, but I really am having fun. Sunday, our niece was
1 comment
Read more
More posts