Showing posts from November, 2010
Show all

Keeping My Head Down 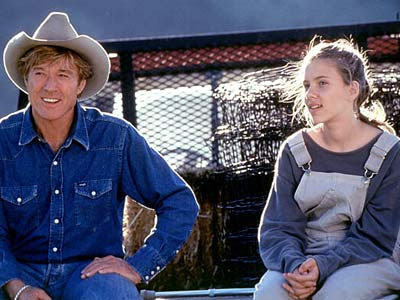 Today is the first day of deer hunting season here in Pennsylvania. For many, it’s a national holiday. Maybe even a religious holiday. Not for me. I don’t hunt. I cry when a dog or a cat or a horse (or Bambi) dies in a movie. The only way I’ll go to a movie where an animal dies if I’m tricked into it. We own a DVD of Dances With Wolves . I only watch it to a certain point, and then I have to leave the room. I own The Horse Whisperer on DVD, too. But I start it halfway through. Which is fine because Robert Redford doesn’t show up until then anyway. I can’t watch fictional animals die, so there is no way on earth I could go out and shoot a real one. But around here, I’m the odd-man-out. I grew up in a family of hunters. And I married into a family of mega-hunters. Hubby celebrates this day with his uncle and cousins at the family hunting camp. I’m happy for him. I stay home with the cats. Two small felines and I take up the entire queen-sized bed all night and love it. During the
2 comments
Read more

November 27, 2010
I just saw my first snowflakes of the year. That’s not to say it’s the first snow we’ve had. I’ve been told by my mother and by my hubby that it has snowed a couple of times before. But I only this morning put my eyeglasses on during one of these flurries to see it for myself. I’m basically blind without my glasses. I used to wear contacts, but about ten years ago, something interesting happened. While my contacts still allowed me to see things in the distance, words on the printed page became blurred. Eventually, I couldn’t read at all. Unless I put on glasses. After five years of this, I concluded, since I do quite a lot of reading, I was wearing glasses most of the time anyway. So I gave up and switched to trifocals. However, if I’m bopping around the house, I frequently go with naked eyes. I can see fine up close. I can read. If I lean toward the monitor a little, I can work on the computer. But my whole world exists in about a four foot radius of my face. Beyond that, without co
Post a Comment
Read more 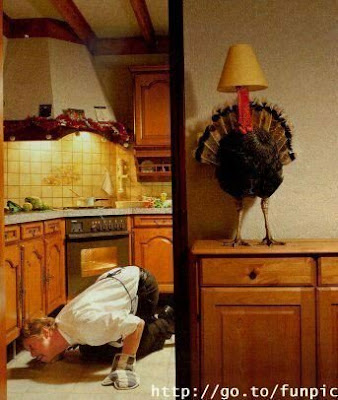 Wishing you all a Happy Thanksgiving filled with family, good friends, too much food, and lots of love.
4 comments
Read more

A Morning on the Backside 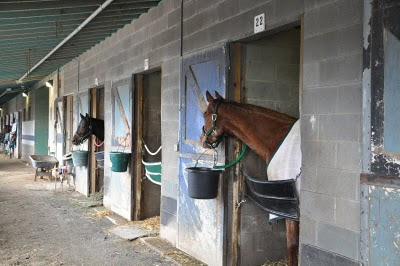 With all the excitement over Zenyatta and the Breeder’s Cup going on at the same time I was spending three weeks revising my racetrack veterinarian mysteries, I’ve once again been infected with horse race fever. It’s a chronic illness that first attacked my system back in the 1970s. It then morphed into several different forms including 4H horse shows, Quarter Horse shows, and trail riding. But the Thoroughbred Racing bug never goes away completely. It just lies dormant for brief periods of time. Yesterday, I indulged the disease and spent some time on the backside at Mountaineer where my friend Jessi Pizzurro trains. I was short on time, so I didn’t make it over to the track to watch the horses train. Instead, I just hung around the barn, listening in on conversations with owners, the equine dentist, and Liz, the exercise rider. I managed to snap some photos of normal morning life on the backside. I look forward to going back soon to help feed my fever even more.
Post a Comment
Read more 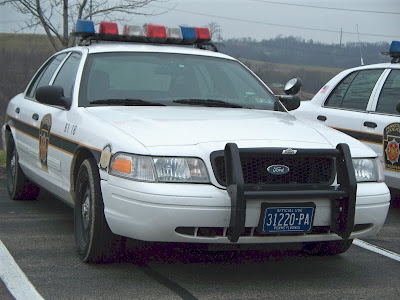 During this week’s Citizens’ Police Academy class, Trooper Mungo put out a call for volunteers to participate in a training drill for the Pennsylvania State Police. It sounded interesting, so I signed up. The Active Shooting Drill took place this morning. Four of my classmates and I arrived at the assigned room and were given our roles and a sheet of paper telling the scenario we were to act out. It revolved around an employee with 20+ years of service being terminated (“downsized”). He left the building without incident, but returned after retrieving his handgun from his glovebox. He headed for the administrative office looking for the supervisor who fired him. One coworker was leaving the office to go to the restroom, saw him with the gun and ran to the front door. Another coworker in the hall yelled at him and was shot, but managed to crawl into the hallway. Yet another coworker was shot in the head and killed. That left me. I was supposed to be a coworker at my desk who hears th
6 comments
Read more

November 17, 2010
Once again I'm over at Working Stiffs today continuing my reports on Pennsylvania State Police Citizens' Police Academy. I'm a couple of weeks behind since I'm not blogging there every week, so while I completed week #7 last night, I'm blogging about week #5. Honestly, I can't do the classes justice. The officers doing the presenting bring such enthusiasm for their work into the classroom, and I just can't fit all that into a blog post. I'm hoping I can show it in my next novel, though. And to further delve into that world, I've signed up for something that sounds fascinating. This Saturday I'll be a participant in a school shooting training drill for the PSP. The guns will be of the training variety, but I suspect the tension will be very real. I'm not sure what my role will be, but it doesn't matter. I'm sure I'll get a whole new perspective on these horrible events. Ah, the things we do in the name of research!
Post a Comment
Read more

Coming Up for Air

November 15, 2010
I announced three weeks ago that I was retreating into my cave—for TWO weeks—to work on revisions to two manuscripts. Since things always take longer than I expect, I finally finished those revisions today. It’s an awesome feeling to click “send” with two requested manuscripts attached to the email. Awesome…and terrifying. Now I wait. I don’t expect to be twiddling my thumbs, though. During those three weeks, my house has deteriorated into a sanctuary for dust bunnies. Newspapers have piled up at the front door. I’ve had to clear off the kitchen table just to make room to eat. It’s time to declutter and do a little cleaning. Plus I have a couple of magazine articles that are due. Okay, OVER due. I also had almost 300 emails to catch up on. But I’ve already thinned those down a bit. If I owe you a reply, you’d better email me again. I’m afraid I had an itchy delete-button finger today.
2 comments
Read more 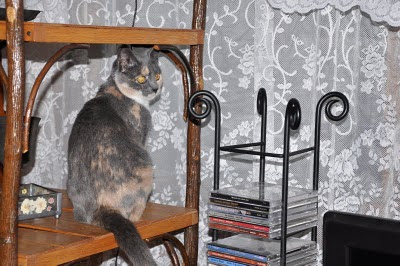 The Morning After Kensi came through surgery quite well. I brought her home around 4PM and left her in her travel crate for about an hour per doctor’s orders. She was a bit agitated. I’m not sure if it was from the drugs or from being stuck in that crate. Or both. But once I let her out, she started wandering around the house, exploring and making sure nothing had changed in her 9-hour absence. This morning I’ve given her the prescribed pain medication and she wolfed down her breakfast. Her post-op orders call for “no running” which makes me laugh. Yeah, right. Although so far her sore tummy is relegating her to a reasonable pace. And while she managed to jump into bed with us last night and climb to her favorite perch on the knickknack stand this morning, she’s not scaling grand heights as per her norm. So I guess all I can say is so-far-so-good.
2 comments
Read more 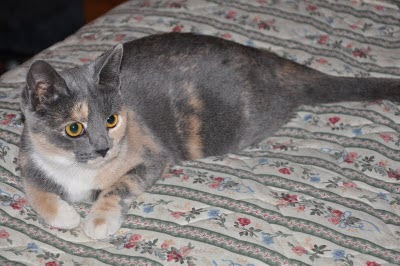 Spay Day My little girl is growing up. Kensi, who came to us when we could hold her in one hand, is now a lean, mean mini-panther. And today she will be spayed. By the time you read this, I’ll have taken her to the vet’s office. She has to be there between 8 and 8:30AM. No food or water after midnight, which means she’s going to be very unhappy. I’m concerned about how to keep her from popping her stitches. She loves to rip and race around the house. She climbs the knickknack shelves and leaps from them like a flying squirrel. Will a little thing like surgery slow her down? I doubt it. More to come.
3 comments
Read more