Showing posts from December, 2013
Show all 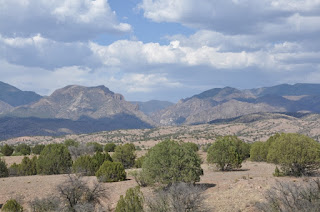 Forgive me, Garrett Morris, for borrowing (and corrupting) your famous SNL tagline, but 2013 has been bery, bery good to me. As I look back at my first blog post for the year, my goals for 2013 included pitching some story ideas to Pennsylvania Magazine , querying Circle of Influence , finishing the second Zoe Chambers book, finishing the short story I was working on, and making my dream of traveling out west a reality. How did it turn out? I only pitched one story to Pennsylvania Magazine , but it was accepted. My article “Restoring the Past, One Buggy at a Time” appeared in the September/October issue. As for querying Circle of Influence … If you’ve followed this blog (or if you’ve kept tabs on me on Facebook or Twitter) you already know I signed a three-book contract with Henery Press in early September. Circle of Influence , the first in the Zoe Chambers mystery series, is set for release in late March 2014! (Available for pre-order now!) The second in the seri
Post a Comment
Read more 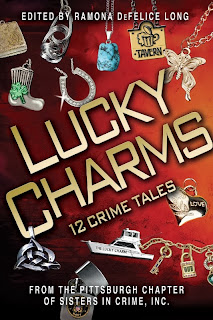 A year ago, as I was completing my short story for submission to our local Sisters in Crime chapter’s anthology, I had no idea whether it would even be accepted, let alone end up being the first of THREE launches within nine months! The second will of course be Circle of Influence in March and the third will be the second Zoe Chambers mystery coming out in September. But today is the big day for Lucky Charms: 12 Crime Stories .  I’m sharing the excitement with eleven of my Pittsburgh area Sisters in Crime . It’s truly amazing how much talent we have here in southwestern Pennsylvania . As previously mentioned, I wrote my contribution “Sweet Deadly Lies” a year ago, long before my contract with Henery Press —long before I knew my cast of characters from Circle of Influence would be hitting the bookshelves in short order. But it turns out to be excellent timing, because when I created this short story, I borrowed one of my secondary characters from the series for it.
1 comment
Read more
More posts