Showing posts from May, 2008
Show all

May 29, 2008
I’m going into hiding. The answering machine will be taking all my calls. I’m pulling the plug on my Internet modem. If anyone knocks at my door, no one will respond. Drastic? Maybe, but I suspect this is what it takes to get any writing done. I love Pennwriters and I enthusiastically do all I can to support them, but lately the discussion online has gotten overwhelming. Big changes and growth are on the horizon. Plus, I’m in the middle of researching speakers for next year’s conference. All well and good. But I’m breaking my own rule about getting some writing done BEFORE getting wrapped up in all that stuff. Tsk tsk. When my little Yahoo messenger guy announces a new email has arrived, I can’t resist dropping everything to check it out. Note to self: STOP IT. In all honesty, while I haven’t added to my word count at all this week, I have been working on the book. Behind the scenes stuff. I’ve been outlining the plot and doing bios on my bad guys. I HAD bios on the two ma
3 comments
Read more

May 28, 2008
Because of Memorial Day, we had no Citizens' Police Academy this week. But it's still Wednesday, so it's still my day to post over at Working Stiffs . We're having some fun today with local speech patterns otherwise known around here as Pittsburghese. Yunz come on over n at.
Post a Comment
Read more

A Day for Remembering 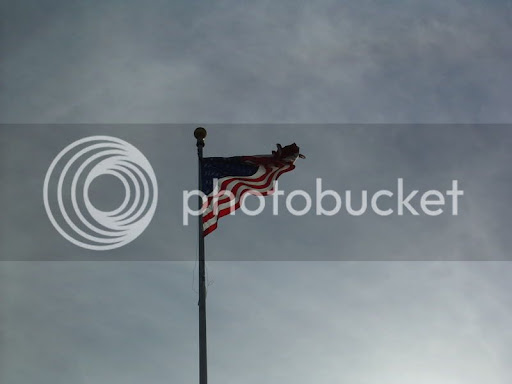 The Workhorse is Lame

May 23, 2008
I confess. I am addicted to stuff. New stuff. More stuff. Lots and lots of stuff. That’s why my house is bursting at the seams. Too much stuff. When I was little, my mom had a name for it. She said I had the gimmes . When we went to the store, I would say gimme this or gimme that . I don’t seem to recall that I got everything I wanted. But I’ve been told that I was a spoiled child, so maybe I got more than I remember. Anyway, impulse buying has long been an issue for me. Not only don’t I have room for more stuff. I can’t afford to buy more stuff. But I lust after things. Currently, I’m lusting after a saddle. Not even a new one. A good used one is what I dream of. But things get in the way. Like the fact that I don’t actually own a horse. No, I don’t lust after a horse. I’m happy to borrow Admiral. In recent days, for some reason I started lusting after a new printer for my office. Specifically, one of those four-in-one printer/scanner/copier/fax things. I have no idea why this
3 comments
Read more

May 21, 2008
I'm over at Working Stiffs today reporting on our visit to Police Headquarters and the Crime Lab. And there are pictures!
2 comments
Read more 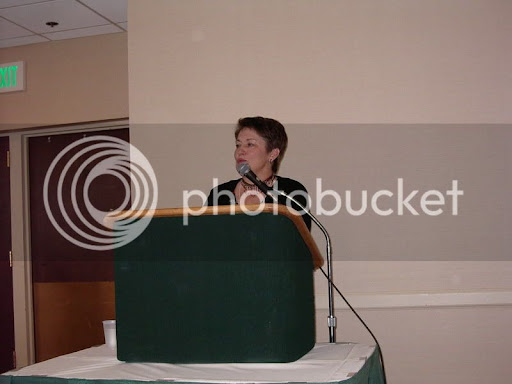 Saturday was an early morning with the annual membership meeting taking place during breakfast. My poor toes were a mess by then, so I decided to revert to my yoga instructor footwear: bare feet. Even when I was called to the podium to talk about next year’s conference, I did it sans shoes. It was funny for a while. But eventually I returned to my room and changed from dress slacks to dressy blue jeans and my trusty sneakers. I made a point of attending more workshops on Saturday than I had on Friday. Loree Lough presented two that offered a ton of useful information. Writing the Dreaded Synopsis could also be called Organizing Your Thoughts BEFORE You Write Your Novel. But that would take up too much space in the program. Later, she spoke about Perfect Plotting. Her advice to those who write by the seat of the pants? STOP THAT. She gave me some wonderful tools to help clear up my currently muddled outline. I also attended Victoria Thompson’s workshop on Dialogue. While I think di
3 comments
Read more 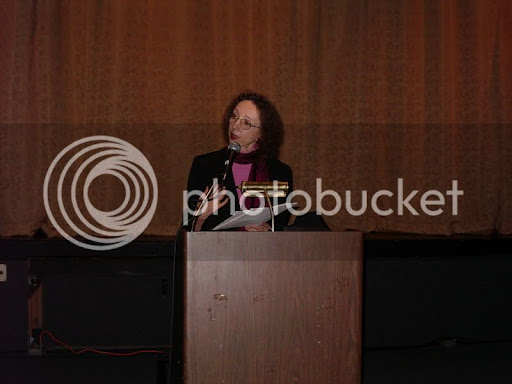 I’m back from the Pennwriters Conference and jazzed to get back to work on my writing. The inspiration one receives at such an event is worth the price of admission not even taking into account the actual workshops and lectures. For the next few days, I’m going to relate some of my experiences and epiphanies during the course of the weekend. I WAS going to begin with a list of what’s in and what’s out in the publishing industry, but Jane Friedman of Writer’s Digest already covered that and more in her blog. Click here to read about her experiences at the conference. Scroll down. She has several days worth of insight. Day One (Thursday) involved travel, a Pennwriters board of directors meeting, and setting up the freebies table. Since I was this year’s freebies coordinator (AGAIN), I had a carload of boxes containing magazines, brochures, submissions guidelines, other promotional materials. Thankfully, there was room for my luggage. With Aerosmith and Oasis rocking on the CD player,
5 comments
Read more

May 14, 2008
Whose stupid idea was it to take off on a vacation the week before the Pennwriters Conference? Oh. I guess it was mine. Note to self: don’t do that again! I’ve been frantically trying to play catch up from our days away while also frantically preparing for the conference. Plus I had a private yoga class to teach yesterday morning and a Pennwriters meeting last night, Mom and I have an appointment to get our hair cut this morning and I have another yoga class tonight. And mustn’t forget Citizens’ Police Academy on Monday (click here to read about my experiences with the bomb squad). If you want something done, it has been said, ask a busy person. Well, for the record, if anyone asks this busy person to add one more thing to her plate this week, they may need to call in that bomb squad robot to defuse the situation. Alas, I keep telling myself that what doesn’t get done just doesn’t get done. The world won’t end. Tomorrow: on the road again.
2 comments
Read more 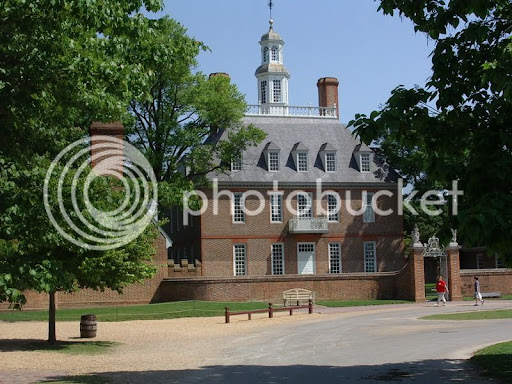 Perhaps you can tell how good a vacation was by how often you had time to blog about it. In that case, I had a VERY good vacation. And I did. However, the fact of the matter is I was too busy to post because we were walking our feet off. Almost literally. We stayed at one of the Colonial Williamsburg hotels and chose to walk the measly few blocks to reach the historic district rather than drive. There’s a bus that loops around the town, but we didn’t choose to take it until it was too late. I had done something bad to my right foot and could barely hobble. (We won’t discuss how that gave me a really good excuse to buy four pairs of comfy shoes at the Easy Spirit Outlet Store.) Lame or not, I had a wonderful time. And took tons of pictures. The weather for the first half of our vacation was gorgeous. On our last day at Williamsburg, the skies turned gray and a light drizzle fell. It felt wonderful after the previous day’s ninety degrees and humid. We took the tours and enjoyed t
2 comments
Read more 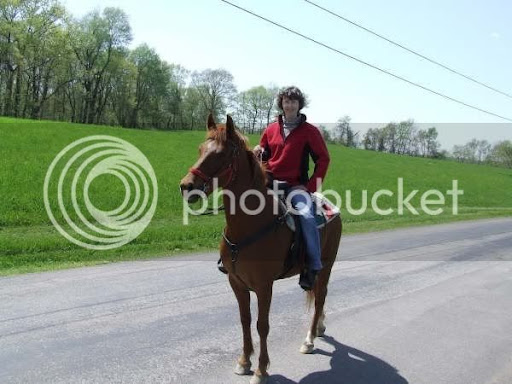 I took a break from vacation preparations to go for a trail ride yesterday. The day was as perfect as they come. Not hot, not cold, no bugs. And Admiral behaved as much like a gentleman as he possibly could. There was a bit of head tossing at the beginning. And there was one big spook when something rustled the leaves in the woods when we were on our way back. But for the most part, he minded his manners. Riding continues to be my best source of relaxation. Yoga comes in a close second. But puttering along a grassy, tree-lined trail on a (reasonably) reliable steed still drains the tension from my soul like nothing else. Which was a good thing, because today my car is in the shop getting brakes and rotors (whatever those are) repaired. I hope that silences the wicked noise it’s been making lately. Also, I have pulled out the suitcases and am finishing up the laundry so I have something to put in the suitcases. I’ve decided the house is as clean as it needs to be. Chapter Three is
Post a Comment
Read more

Tears of Joy, Tears of Sorrow

May 04, 2008
My third place pick came in first in a stretch run that was a thing of beauty. Seeing Big Brown power away from the rest of the field brought tears to my eyes. The power, grace, and loveliness of a great horse will do that to me. No sooner had I dried those tears than I was weeping again. This time in sorrow. The filly, Eight Belles , who had run so gamely and nearly done it—the filly who almost became only the fourth filly in history to win a Derby—the filly was down on the track. After crossing the finish line, after galloping on soundly into the backstretch, as her rider started to pull her up, she went down, both front ankles shattered. She was euthanized on the track. Horse racing is a sport that I absolutely love. And absolutely hate. Yesterday just put it all into one race. Packaged all the emotions, both good and horrible, into the space of just a few minutes. Highs crashed into lows. On TV, shots of stunned fans were cut with scenes of Big Brown’s family laughing and crying
1 comment
Read more

May 03, 2008
Let me begin by saying that I am the world’s worst handicapper. Generally speaking, the horses I pick are doomed to lose. That’s one of the reasons I no longer bet, especially on friends’ horses. Having said all that, I’ve spent some time looking over the entrants in this afternoon’s Kentucky Derby and have concluded ANYONE has a shot. Twenty horses on a race track all at the same time running full tilt? It’s nothing short of madness. Add the sloppy weather conditions there and it’s really anybody’s game. I liked War Pass, but injury has put him out of the race. My hubby likes to pick long shots and this is his field of dreams. There are at least four 20/1 shots that I think sound promising. Eight Belles, Smooth Air, Cowboy Cal, and Recapturetheglory. Then there’s Big Brown, listed at 3/1 and Colonel John at 4/1. There’s a lot of talk about Pyro, too. So far I’m not feeling drawn to him. That probably means he’s going to win. So here goes my pick for win, place, and show: Colon
Post a Comment
Read more

May 02, 2008
There is a strange phenomenon that happens prior to a vacation. No, I’m not talking about my previously mentioned bout of homesickness before I even get out the door. I’m talking about the sudden push to totally exhaust myself with tasks that absolutely, positively MUST be completed before anyone gets to go anywhere. The house must be cleaned. Why? I haven’t a clue. My excuse is that hubby is going camping this weekend, which makes it the perfect opportunity to tidy things up and have them stay that way for more than ten minutes. But in fact, I always think I need to leave a clean house when I go away. Perhaps I mistakenly believe it will still be clean when I get home. Somehow, while this sounds good, it rarely happens. Skye continues to shed. The spiders continue to work on their condominiums in all the corners of the house. Dust bunnies continue to grow at an ungodly rate. Plus, when we come home, we’re going to dump suitcases and dirty laundry in the middle of the floor, so why b
Post a Comment
Read more
More posts