Laura Lippman and the Invisible Woman 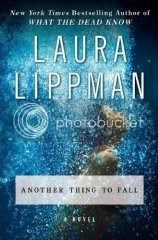 Last night Laura Lippman made her annual excursion to Mystery Lovers Bookshop in Oakmont PA. And, for the third year in row, I attended.

Anytime someone asks me who my favorite author is I can fire off the top two with no problem. The rest of the list may vary from month to month, but my top two favorites are ALWAYS Laura Lippman and Lisa Scottoline. I refuse to rate them first and second. It’s just too close to call.

Laura’s new book Another Thing to Fall is her tenth Tess Monaghan novel. During her talk, she discussed invisible people. In her stand alone What the Dead Know from last year, the story revolved around a character who had intentionally disappeared and stayed invisible for years. The cop investigating the case was amazed at how easy it had been for her. In Another Thing to Fall, one of the characters is a sixty year-old woman taking Tess’s class on private investigation who can do a stake out right in front of the subject being watched and not be seen. She can tail anyone, including Tess, and not be noticed. 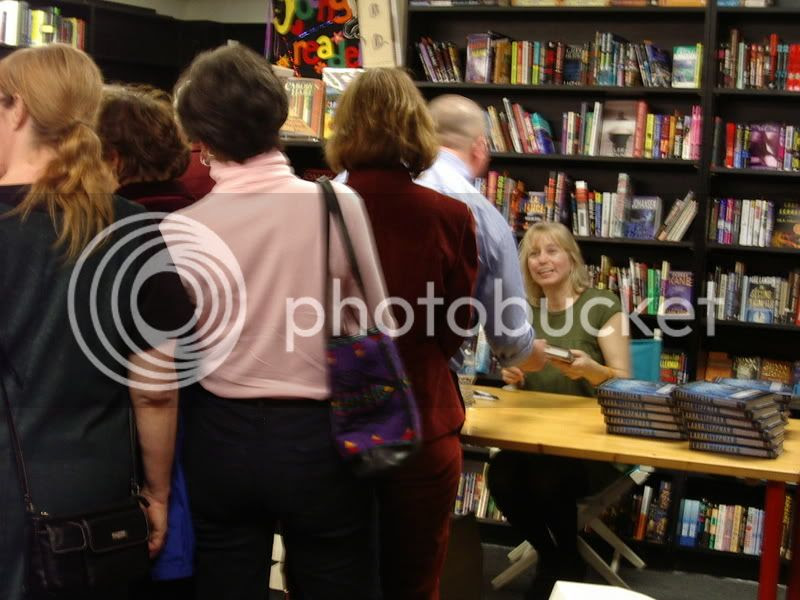 I know that feeling. I’ve experienced spells of invisibility since I was a teenager. Lots of people are invisible most of the time. People with physical disabilities, women with strollers, women over forty…

But there are times when anyone can become invisible. Laura mentioned one of my pet peeves: people wearing ear buds or talking on cell phones who completely disconnect from the world around them. Sales clerks don’t even make eye contact with their customers. Customers don’t acknowledge the person ringing up their order. All because another world is plugged into their ear and they choose that world over the one in front of their eyes.

(Granted, I can shut off my ears when my eyes are engrossed in a good book, but that’s something different.)

Anyway, I’ve witnessed this many times myself.

But Laura put it into an interesting context. She asked us to think back to when we were kids and what we dreamed of being able to do. We wanted to be able to fly, to walk through walls…to become INVISIBLE. So as women in that over-40 age range, she suggested that we think of this as finally earning our super powers. 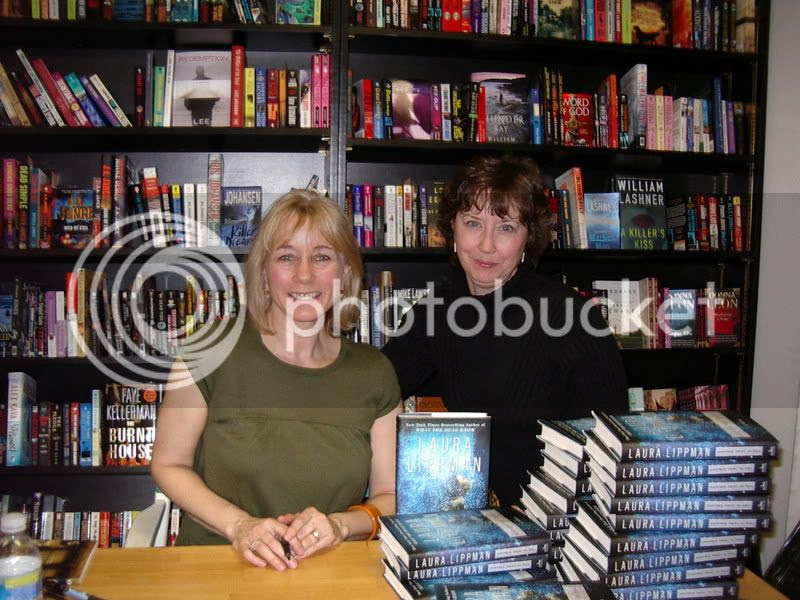 Glam-Ma said…
Great report on Laura Lippman's books and signing...also love your blog header colors! Sorry I missed last night but I was driving back from Philly after spending a week with my glam baby. I understand the whole invisible process and find it interesting that the older I get the more invisible I get. My mother once told me that after 50, people stopped looking at her and I didn't understand what she meant. Now I do..it's a very interesting experience.
4/5/08, 11:46 AM 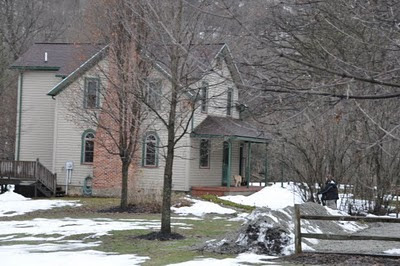 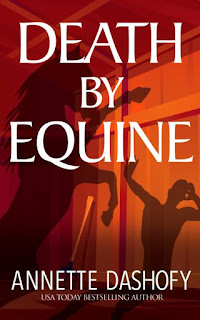 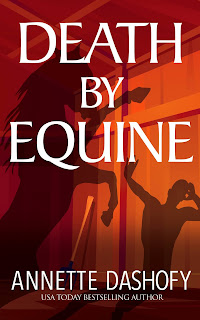